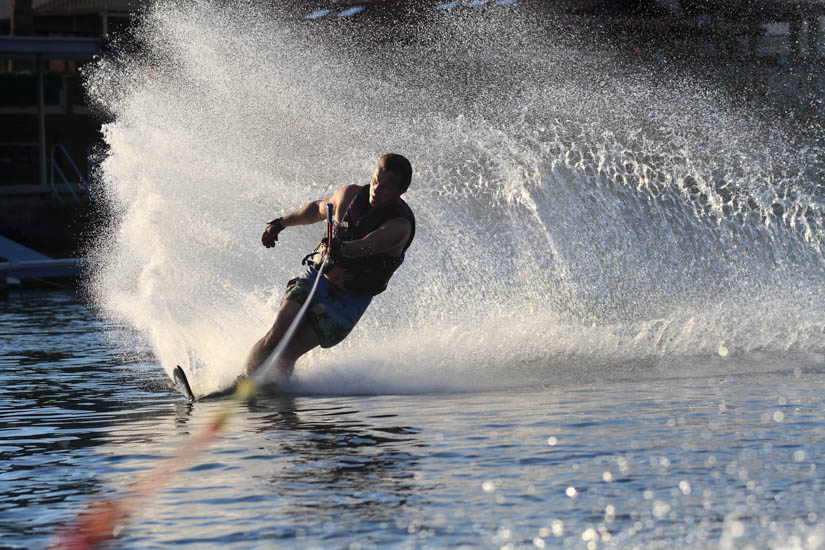 Parker is on the east bank of the Colorado River, 163 miles

west of Phoenix. The Parker “vicinity” consists of a number of separate

but interrelated areas. There is the town of Parker, Parker

South, the Arizona side of the Colorado river area, and the communities

on the California side. Established in 1871, the town was

moved some four miles north to the site of the Atchison, Topeka

and Santa Fe Railroad crossing. At an elevation of 450 feet above

May 1982, by initiative petition, voters formed La Paz County from

Parker's economy is based primarily on retail trade and services.

The 16-mile strip of the Colorado River, between Parker Dam and

Headgate Rock Dam, forms one of the finest bodies of water in the

country for water-based recreational activities. This makes Parker a

major destination point for tourists and winter visitors who take

markets. Parker also serves as the trade and business center

for the Colorado River Indian Reservation and small towns along

Agriculture, historically the major economic base of Parker,

continues to contribute to the local economy. The fertile fields of

Watercraft, swimming and tubing. There is also excellent fishing

for bass, crappie, bluegill, catfish, trout, and frogging during season.

Parker Dam, the deepest dam in the world, has self-guided

miles north of Parker, has campgrounds, showers, a launching

ramp, a baseball diamond, tennis courts, and 1,000 feet of waterfront,

and campgrounds offer visitors a variety of amenities and activities.

For the non-water enthusiasts, the surrounding desert is suitable for

A museum with an extensive collection of locally crafted Indian

beads and jewelry is operated by the Colorado Indian Tribes.